Showing posts from March, 2016
Show all

March 30, 2016
(One-day Workshop) (PWW102-SP16) Day/Time: Sat April 9 10-5pm Location: TUJ Azabu campus https://www.tuj.ac.jp/cont-ed/maps/index.html Course Details Apply for this Course This workshop introduces the various ways NGOs raise funds and key fundraising issues. The workshop will concentrate on diverse funding sources and strategies. We will also look at particular case studies highlighting innovative fundraising techniques. The workshop will include a combination of lecture, discussion and group exercises with the expectation that each person will come out with some new ideas and plans. Participants will work in groups to create fundraising plans. Participants with diverse experience are welcome to join, but this workshop is not aimed at fundraising professionals as it is an introductory course. 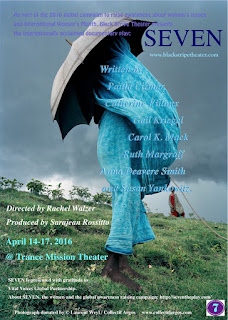 Director Rachel Walzer and producer Sarajean Rossitto bring to Tokyo the true stories of seven women who bravely fought for the well-being of women, families, and children around the globe: in Russia, protecting women from domestic violence; in Cambodia, rescuing girls from human trafficking; in Guatemala, giving a voice to the poor; in Afghanistan, empowering rural women; in Nigeria and Pakistan, fighting
for women’s education and rights; and in Northern Ireland, promoting peace and equality.

Actions You Can Take: Women Preparing for Disaster

March 20, 2016
Actions You Can Take: Women Preparing for Disaster
- a workshop on how women can better plan, reduce risk and respond when disaster strikes.
Saturday March 26th / 13:30 - 16:30 / Members ¥2000 / Non-members ¥2500
March marks the fifth anniversary of the Tohoku disaster. But five years on, how well prepared are we? Have you considered how you as a woman might be impacted if a major disaster strikes? What’s your plan in the event of “the big one?” Facilitator Sarajean Rossitto will introduce some gender gaps that exist in disaster response as well as the basics of disaster prevention and preparation. Following the presentation will be an activity allowing everyone to deepen their ability to be ready.
Any proceeds from this event will be donated to our community service partners, Mirai no Mori and Second Harvest Japan.
Event Details
Saturday March 26th Time 13:30 - 16:30
Cost FEWMembers ¥2000 / Non-members ¥2500
Venue Wesley Center Address 6-10-11Minami Aoyama, Minato-ku, Tokyo 107-0062 Webs…
Post a Comment
Read more 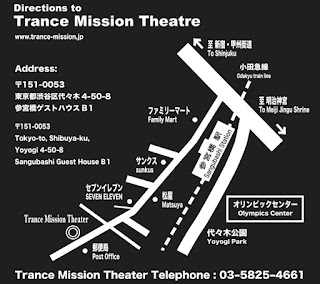 Director Rachel Walzer, and producer Sarajean Rossitto will bring to the Tokyo the true stories of seven women who bravely fought for the well-being of women, families, and children around the globe.

Tickets – minimum donation per person *
3500 yen – for all reservations and payments made before April 14000 yen – for all reservations and payments made from April 1Your payment includes one drink.All profit from this show will be donated to Resilience, (NPO法人レジリエンス、http://resilience.jp/） a nonprofit organization raising awareness about domestic violence in Japan.Please reserve online and pay in cash at the door. Reserve your tickets here: https://docs.google.com/forms/d/1x-7lwsefTcgFRQisCMS1dHJWlOl_lYXXhRAW-XKuNcE/viewform
If you do not receive a confirmation email within one day or if you need to change your reservation, please contact blackstripehteater@gm…
Post a Comment
Read more

ACTIONS YOU CAN TAKE: WOMEN PREPARING FOR DISASTER