Showing posts from July, 2010
Show all

July 16, 2010 (TOKYO) – The founder of Indian NPO, the Association of Relief Volunteers (ARV), and visionary human rights activist T. Ravi Kumar will speak in Japan for the first time this summer, in an effort to expand ARV’s message further than ever before on the international stage. Speaking seminars will be held on July 31st in Osaka and August 1st in Tokyo. The Osaka seminar will take place at Nishi-machi Koutou Kaikan (next to Shin Osaka Station, west exit) at 7-10-14 Nishi Nakashima, Yodogawa-ku, Osaka-shi. The Tokyo seminar will be held at Star Lecture Rooms on the third floor of Kawagami Building at 2-22-17 Minami-Aoyama, Minato-ku, Tokyo. Seminars in both locations will be held in Japanese from 14:00 to 15:15 and in English from15:30 to 16:45.

Founded in 2001 by T. Ravi Kumar, a human rights activist, The A…
Post a Comment
Read more

For Immediate Release July 21, 2010 Contact:
Stephanie V. Grepo, Director, Capacity Building Programs
Telephone: 212-854-7189; email: sg2670@columbia.edu COLUMBIA UNIVERSITY WELCOMES 10 ACTIVISTS
TO THE 2010 HUMAN RIGHTS ADVOCATES PROGRAM New York, NY — On Monday, August 30th, the Institute for the Study of Human Rights (ISHR) at Columbia University will welcome 10 human rights activists as the 22nd cohort of the Human Rights Advocates Program (HRAP). The intensive HRAP curriculum is defined by academic coursework, skills-building workshops and networking opportunities with the human rights communities in New York and Washington, DC. By the time the advocates complete the program in mid-December, they will have acquired the knowledge, skills and connections necessary to further develop themselves as human rights professionals and their organizations back home. Through a competitive selection process, the 10 advocates were chosen from 170 applications representing 58 countries. “Eve…
Post a Comment
Read more

" /> Equality Now has just issued an urgent alert - Mexico: Take action against the officials who raided a high security women's shelter in Ciudad Juárez, Chihuahua State. Please write to the Head of the Chihuahua State Supreme Court and the Governor of Chihuahua and ask them to take disciplinary action and prosecute the officials involved in the raid on the shelter for violating Mexico's General Law on Women's Access to a Life Free of Violence.

Please click on the following link for further information: http://equalitynow.org/english/takeaction/newsalert/urgentalert_mexico_201007_en.html

We hope that you will support this and our other Women's Action campaigns.

Admission is free and advance registration is not required.

A Tectonic Shift?
Structural developments, reform policies, and the collapse of LDP rule

The seismic 2007 Upper House election, the 2009 general election ushering the DPJ (Democratic Party of Japan) into power, and the recent Upper House election unequivocally demonstrate the structural collapse of the dominance of the LDP (Liberal Democratic Party),
which had ruled Japan for most of the postwar period. The aim of this gathering in Tokyo, on the eve of the first anniversary of the DPJ's landmark victory, and on the heels of its first electoral rout, is to examine in detail the two developments the participants think caused a tectonic shift in Japanese politics, forever destroying the old LDP regime: political adaptation to the new electoral system, and the policy responses to recurring downturns of the economy, characterized as the &…
Post a Comment
Read more

Groundbreaking case this past week on Trainees rights in Japan

In a landmark decision involving foreign vocational trainees, the Labor Standards Inspection Office in Kajima, Ibaraki Prefecture, has recognized the June 2008 death of a Chinese man working at a metal processing company as a case of karoshi, or death from overwork.
The labor inspection office sent papers to prosecutors on Friday accusing the company and its 66-year-old operator of violating the Labor Standards Law by imposing excessively long work hours and failing to pay overtime.
According to the office, Jiang Xiaodong, 31, died of acute heart failure while asleep in June 2008, three years after coming to Japan as a trainee. In the three months prior to his death, Jiang worked between 93 to 109 hours in overtime each month, the office said.
The office also found that two other Chinese vocational trainees at the company had been forced to work long overtime hours, and that the trainees were paid only 400 …
Post a Comment
Read more 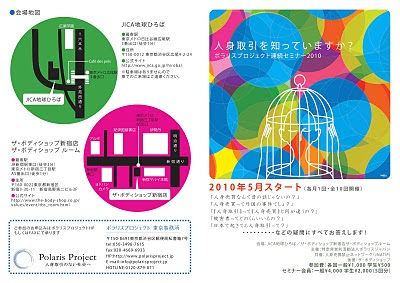 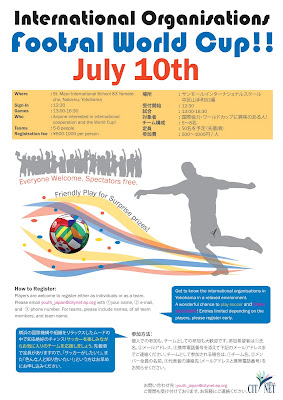 We are looking for individual players, teams or people to cheer. It is a FUN
event so absolutely no worries about skill level!